Football May Not Be Coming Home, but I am....

A lot has happened here and at home since I posted last. Recently I was asked to write an article for a magazine. I was asked to keep it positive. I found this hard.  While there are many many positive things to write about in Maban and in our work here, sometimes it is important to let the world know the reality of what the people here face. It is NOT Positive! There is little positive in the realities of war, poverty and hunger. The postive is in the resilence and reaction of the people who have to live through the horror and persist. 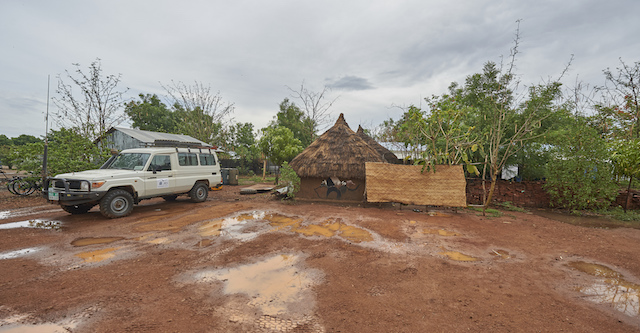 Just over two weeks ago 19 unarmed civilians were shot dead in Maban. The dead included women and children. This killing came a few days after another ceasefire was declared among the warring factions. It seems that this ceasefire will fail like all the other peace attempts in recent years. There are few signs of hope that the ordinary people of South Sudan will get the peace they long for.

This slaughter of civilians happened in a place called Banketa, less than 100 Kms for where we live and work. Though far enough away, I think everyone felt the shock and everyone feels just a little more on edge. Our sister JRS project in Yambio at the other end of the country also experienced episodes of violence and one night up to 40 children were abducted, the boys to be forced to fight, the girls to be used as sex slaves.  Such incidents receive little coverage in the International Press – a silly tweet from President Trump or celebrity gossip will get far more attention than the suffering of people in South Sudan or other such places. 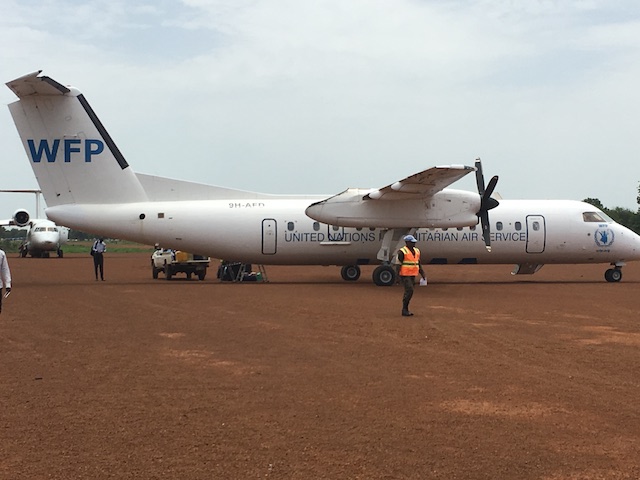 These events makes it all the more important that we are here in South Sudan to be with the people who endure and persist to do what they can to live.  We continue to forge ahead with our teacher training and this week over 400 trainee teachers are sitting their first set of exams at the end of the semester. Thankfully the rainy season hasn’t been so rainy and the 1,000 or so young children we support in Early Childhood Development have had few days when their education had to be cancelled due to rain. Remember most of this education takes place in centres without classrooms or shelter!.

It has rained enough to allow crops to grow. People find any patch of ground to plant crops such as maze, onions, tomatoes and an assortment of vegitables. They tend them daily and eagerly await the joy of eating the fruit of the earth and the work of their hands.

Although we have had many dry days, it did rain heavily enough one day to delay my return to Maban from the capital Juba where I had been attenting a meeting. The Marram runway was just flooded and no planes could land. So there was nothing to do but wait until the following day when the rainfall had subsided and it was safe to land.

One small little thing we have begun is teaching some women to drive. I have mentioned our Mechanic/Electrician Thomas before. He helped us move the generator. Well Thomas is a very good driving Instructor and when I was telling him I would love to teach some women to drive he jumped at the idea. He does this now in his spare time and we have started with a small group of five. It is a very small but powerful statement in the cause of fairer treatment for women. I would guess that the photograph above is historic -  a picture of a woman behind the wheel in Maban County! So lets see how this goes. 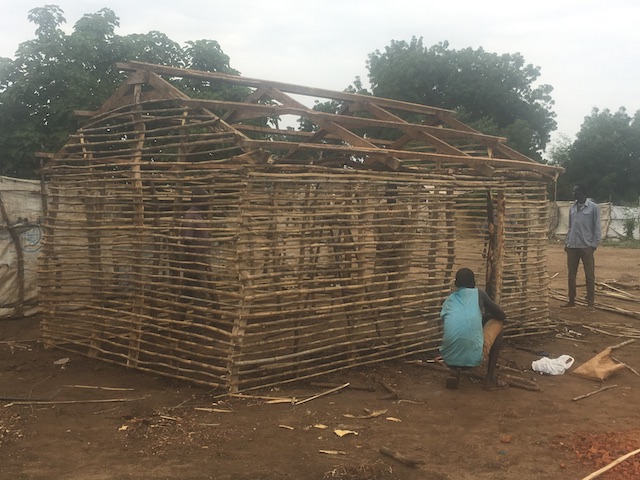 Everyone is aware of the issue of homelessness and housing in Ireland at the moment. One of the solutions that has been proposed is the concept of 'rapid build'. Well yesterday morning our neighbour began to build a new house. A gang of workers arrived and under the direction of a foreman set about the build. Within one day the entire frame of the house was constructed. It was roofed in a morning,  It will take about three days to 'mud' the bamboo frame! Four and half days - now that is Rapid Build South Sudan style.

South Sudanese have a passion for football, so we became a very popular destination when we managed to get a TV and satelite dish set up the day the tournament began. As I will be heading to Croatia to attend the wedding of good friends - Jospia and Mario - I had the good fortune to throw my lot in with Croatia from the begining.

So I had skin in the tournament upto the final day.  Jospia and Mario now live in Limerick but as children they were dispalced from their homes because of the war in that land. The world we live in is fragile.  Where peace is enjoyed it should not be taken for granted. Where war and conflict rage we can be a lot more compassionate and practical in our support of people living in war zones or trying to escape to a better life.

I saw that the phrase 'Football is coming home' was used alot by fans of the English Football team as they progressed through the World Cup. Well Football is not coming home after all, but I am.  I plan to be back in Ireland for some rest and time with family and friends in about two weeks time.  I will also attend the aforementioned wedding in Croatia. I hope too to do a little fundraising to support what we are doing here. So be warned!

Thank you for reading and I look forward to seeing many of you over the next few weeks.