Monday 23rd July Maban - a Trail of Destruction and Uncertainty

I will not forget the events of Monday 23rdJuly last. I was up early, excited, packed and ready to check in for the UN flight out of Maban on my first leg of the journey back to Ireland. I had a few small administrative tasks as part of my handover to my assistant. Little did I know that in a few short hours all NGOs working in the area would suffer a coordinated series of attacks on their bases. My plans and the plans of thousands of others would change radically in a short few hours.

It all began late on Sunday when I got information that a local group were planning a protest against NGOs and humanitarian groups. The information then was to expect some minor disruption such as road blocks but there was no indication of anything more significant than that.  By 7am Monday I had confirmation from one of our local team that there was a road block on the far side of Bunj.( the local market town)

The protestors estimated to be about 2,000 gathered at the County Commissioner’s Office which is within sight of our compound. We could hear rousing speeches. Then there was a calm as we heard the crowd move off into the distance. 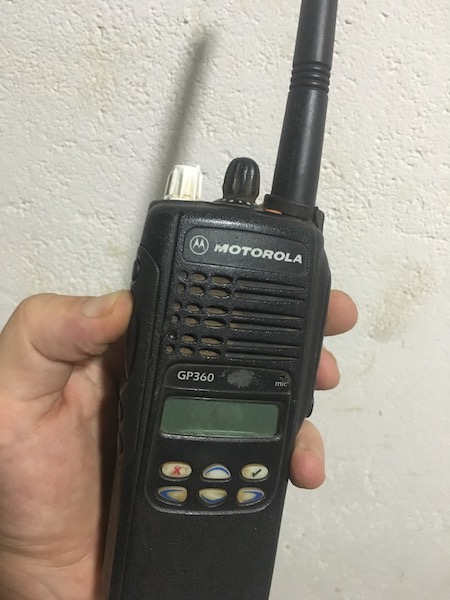 To communicate here we use VHF radios. The mobile phone network can be very unreliable.

Soon we heard terrible news coming over the radios. NGO Compounds were under attack, including that of UNCHR. We could see smoke rising in the distance.  We now knew things were serious.  The protesters had split up into well organised units of between 200 and 300 each and went about systematically attaching each NGO.

Most of the Compounds of NGOs are about 3km from us, ours is closer to the Market area what you might call the town. News was filtering through on the radio of serious damage being done to property, buildings and warehouses were being set on fire, cars were being trashed and property was being looted. 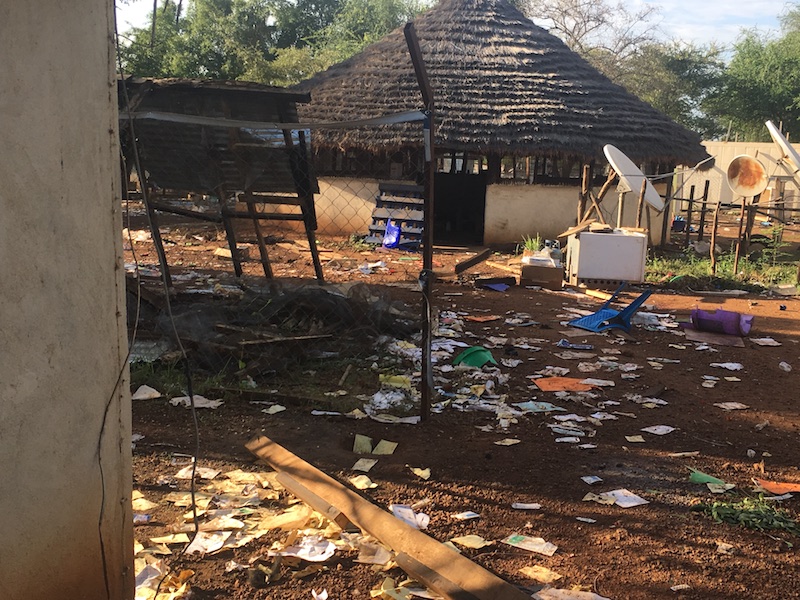 The closest compound to us is only 300 metres away, soon we could hear that they were under attach. We could see a pall of black smoke rising and we could get the smell of burning rubber. We knew it was only a matter of time before a raiding party would arrive at our compound. We had locked up what we could. Local staff had run to their homes. Those of us remaining in the Compound took shelter in our four strongest rooms. We feared the worst. We could hear the commotion of the  200 to 300 attackers who set out to cause mayhem. Like all the other NGOs we had radioed for assistance for the United Nations soldiers to come an extract us, but the event had caught everyone by surprise and the troops were overwhelmed. 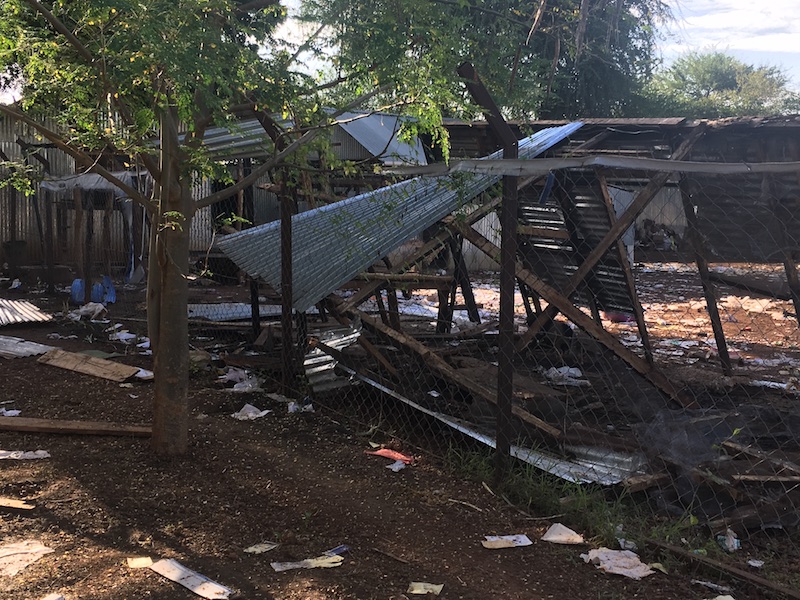 Minutes ticked by and I was peering out through the crack in the door frame. I was waiting to see the mob enter.  And then the miracle. I saw approaching four members of the local Catholic Parish Council. These brave men had stood between us and the attackers. They  had remonstrated with them and using every argument available to them.  It worked.

Though our fence was somewhat battered on the outside no one entered our compound and no damage was done. The mob moved on from us.  We were the only NGO compound to escape. 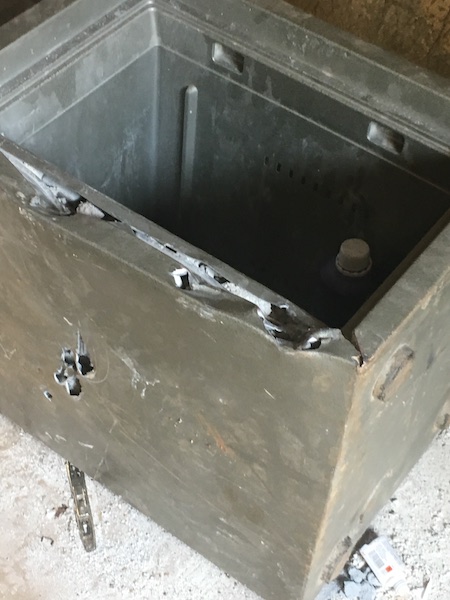 By mid-day the attacks were over. No lives had been lost. The extent of the destruction was filtering in. The scramble to safety began for us and the other NGOs. While we had escaped the morning round of attacks the situation was volatile and the local leaders who had intervened were sure that if the crowd returned they would not be able to hold them off. Like other NGOs we headed under escort and took shelter in the barracks of the UN soldiers. The soldier gave up their beds for the females. The men slept under the stars. We were grateful for security, shelter was secondary concern. 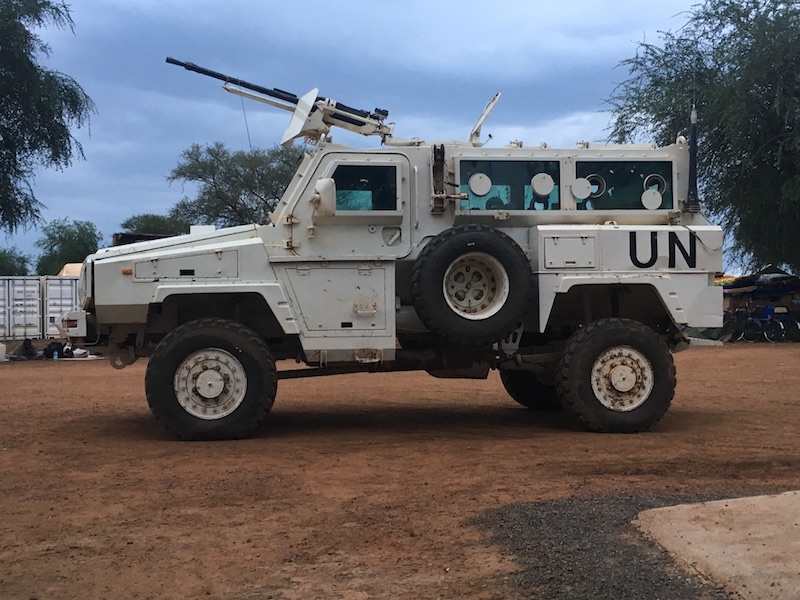 As soon as the attacks began, national offices of each organisation was aware of what was happening. The Country Director of JRS Fr Pau was in continual contact with me during the crisis.  Even as events were unfolding it was clear that this was an unprecedented and well planned attack. In such a situation it was decided to organise an air evacuation of staff and relocate teams to greater safety in the Capital Juba. Over 500 people were evacuated and by Wednesday almost all humanitarian workers had left Maban. 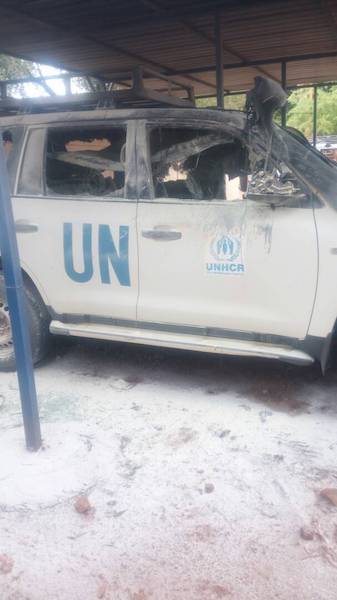 These attacks have brought almost all humanitarian work to a standstill. Humanatarian workers rely heavily on cars to get get to and from the Camps. Alsmost all cars were carefully attached and rendered unusuable.  Only a small number of us remain here to support lifesaving operations and  to assess the situation. The Government of South Sudan and other bodies are investigating what exactly happened, and who was responsible and what the aim of such destruction was. The politics of the warring factions and the tribes of  South Sudan is extremely complex so no one yet seems to understand the true motives behind the attacks. Where were the local police and army that morning? It was clearly well planned and executed. No one yet knows whether this was an isolated act of organised violence or whether it is a prelude to a larger plan. If as the stated cause was access to more employment for locals why would the protest actually shut down the organiastions that already employ hundreds of locals? 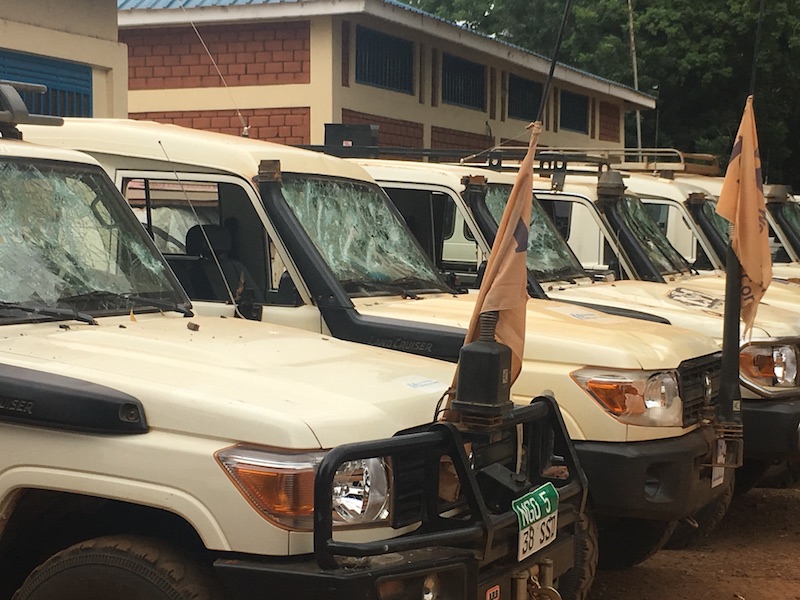 Over the last two weeks it has been calm but tense and unpredictable. There are many people who are losing out. While our compound escaped, our learning centre where we delivery teacher training, English Language classes and Computer Training was not spared. In fact it is totally destroyed and everything was looted. Beds, books, computers, cooking pots, tables and chairs – everything was taken. 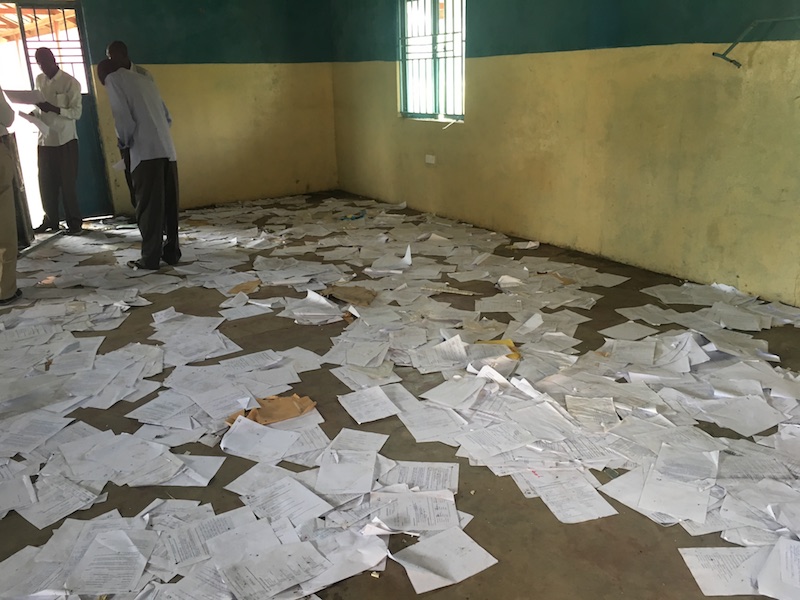 The only thing that remains are the examination scripts of the 500 student teachers who had sat examinations the week before the attacks. Seeing the scattered exams papers strewn all over the centre it is a symbol that Monday 23rdwas a momentary victory for hatred and ignorance over tolerance and education. 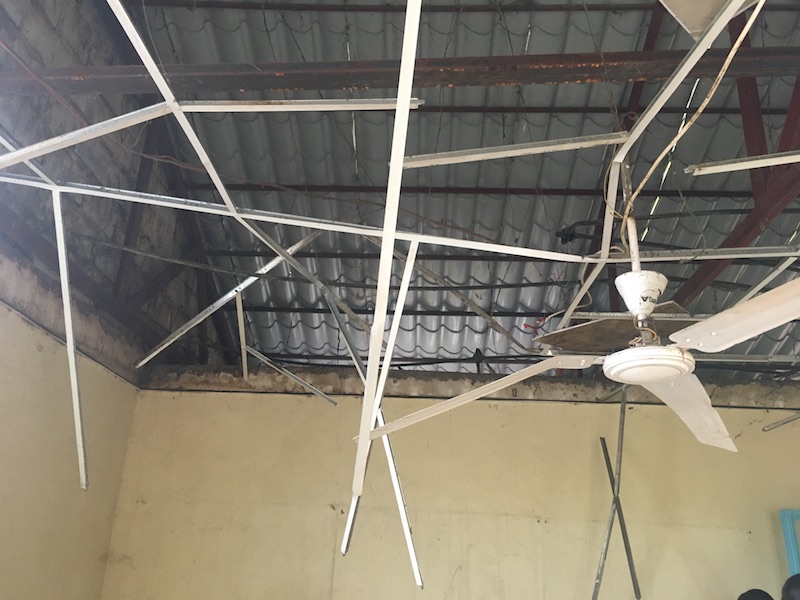 However we cannot give up. The immediate task is to accompany those affected by the loss of these services and supports. It is a time of great uncertainty and questioning.  For example I think of Simon, one of our trainee teachers. I am not able to give him an answer as to when we will be able to resume teacher training but I think it is important to listen to his disappointment and his hopes. I see his determination and I think our determination must match his. I took this picture of us together and I said to him that I hope we can look at this picture again together on his graduation day.  He is only one of many of the people supported by JRS who I have spent time with in the last two weeks who dreams and lives are shattered. 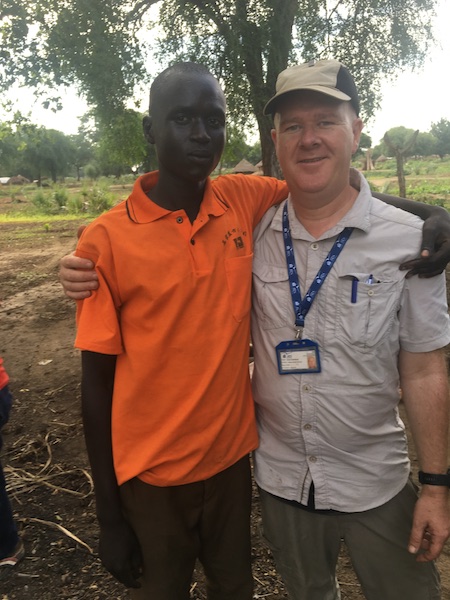 I think too of our local staff who work incredibly hard and who rely on their jobs to support their families. While we hope that in some time we can begin to slowly build up our services we cannot at this time say when and how we can begin again. Maybe for some time our mission is to be with the refugees and people of Maban in this time of uncertainty and help each other live in this uncertainty. That is probably the best service we can give at this time, until we are clearer about the overall security situation.

I now hope to come home for a shorter break than I had planned. Some of you may wonder why I would want to come back? It is not for some great cause I assure you, but having got to know the likes of Simon and the many many other decent people here from who JRS offers the most realistic chance at a better life, it would be impossible not to try to reestablish some ways of walking the journey to a better life with them.