Somersaults - Overcoming Language and other Challenges

On Saturdays I like to drop into our youth recreation project in Doro Refugee Camp.  At this time young people come here to escape the harsh reality of life and just be young people. They play sports and games. Volleyball and football are popular. They also like to play traditional music, sing and dance. I love to watch the acrobatics group. They rehearse what seems to me to be a mix of body contortions, gymnastics and dance. I am amazed at how agile they are and how quickly they learn new routines.

Sometimes when attempting to learn Arabic I think it might be easier to join the acrobatics group and do somersaults!  There is the Arabic alphabet to contend with. There are many sounds which are not found in English, Irish or any language I have spoken before. And then like learning any new language, grammar is always a slog. However I am making slow progress mostly from my interactions with people, diving in, getting puzzled looks and being helpfully corrected. So I have lots of teachers! 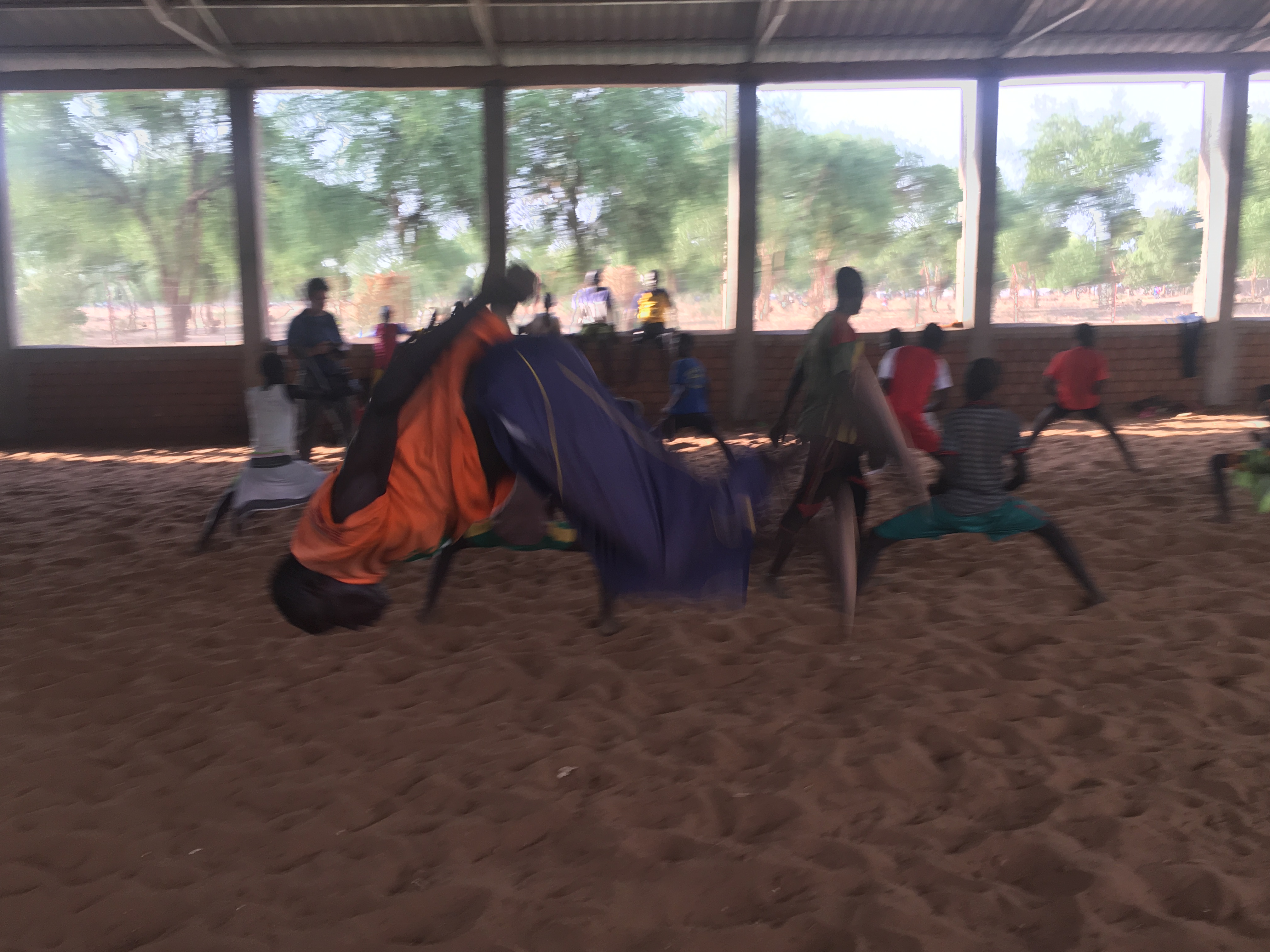 At Sunday Mass I manage to lead most of the prayers in Arabic. To do this I sat down with local priest Fr Luke. He is a native of here, and is the only Mabanese Catholic priest in the world. I recorded him as he read the prayers and then I listened back to the recording. As I was playing back the recording of Fr Luke, I wrote down the sounds as I heard them in such a way that pronouncing what I wrote sounded like the prayers in Arabic. It works. Well in so far as I can judge from the volume of responses from the congregation. I am not sure how well I am pronouncing the words in Arabic, but they certainly know what this Kayaja  ( the local word for white person) priest was trying to say and where in the Mass they are. 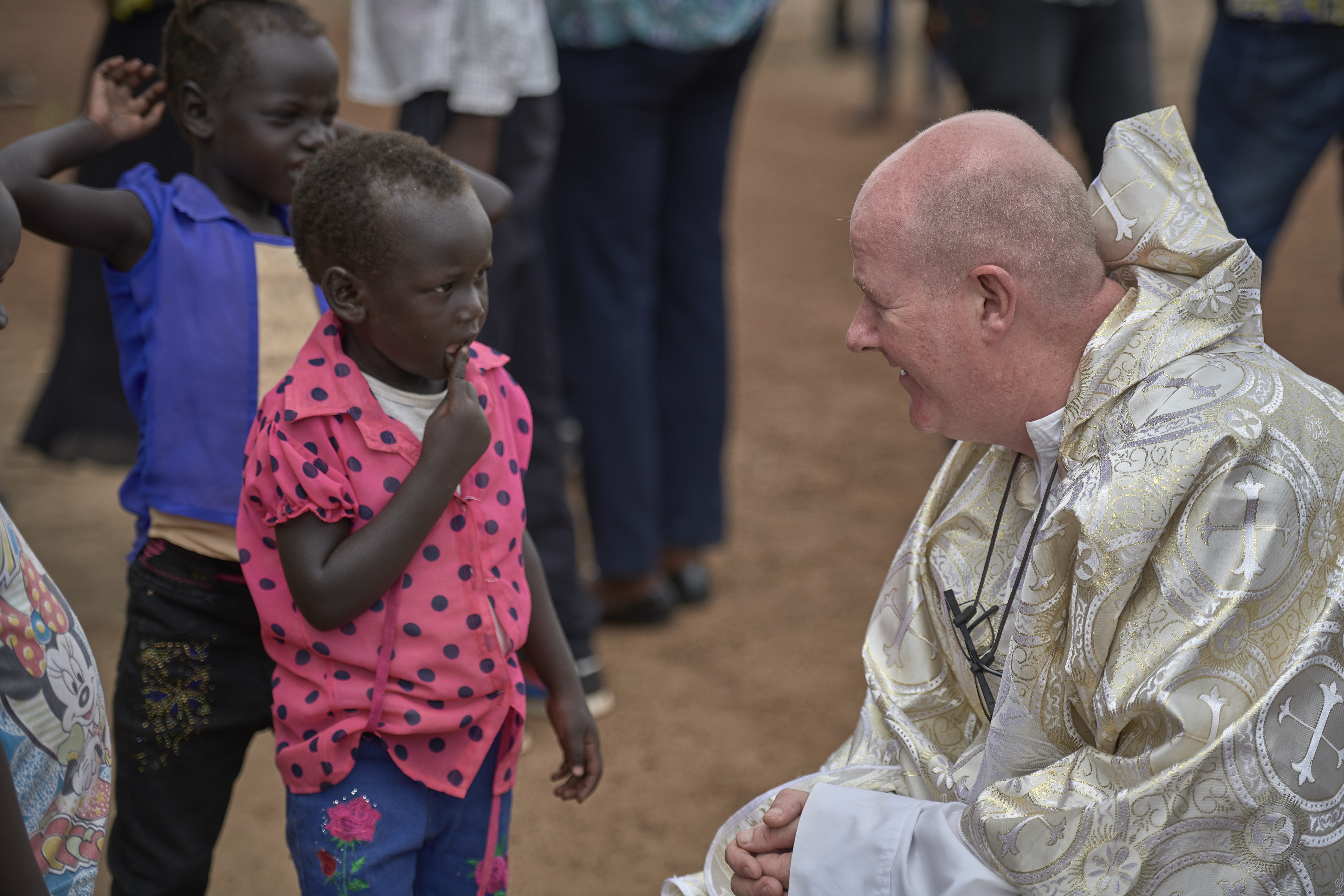 Mass like most things in Maban is mutli-lingual. Readings at Mass are in three languages - the local language Maban then in Arabic and finally English. Maban is the first language of most people attending Mass.  Arabic and English are the common languages of people who are not native to Maban county such as the 150,000 refugees in the camps. Arabic and English are the two official languages of the country. This part of South Sudan is close to the border with Arabic speaking Sudan so Arabic is more widely spoken than English.

There always seems to be someone on hand to translate. So on occasions when I preach I obviously do so in English and then a member of the congregation translates. ( Some of you might even say you wish you had that service in the church in Moyross and other places you have heard me preach -  someone to translate what I was sayingJ.)

In dealing with project business, there are always a number of local staff who speak English as well as Arabic and Mabanese and translate for me.  The work of humanitarian organisations here is conducted here in English. 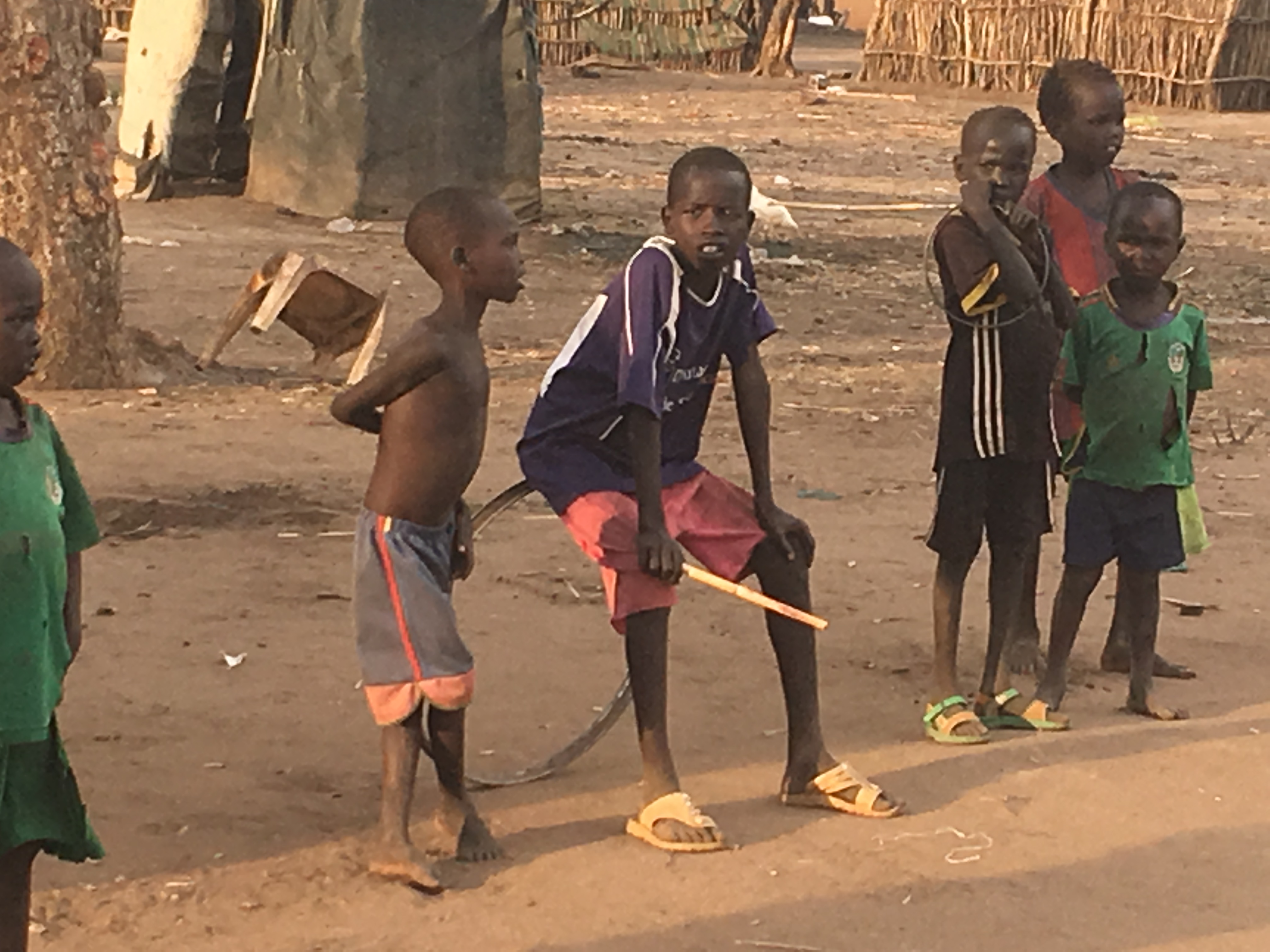 So all in all  language is not a major challenge. I improvise and I am learning. Most of the time working through English is fine and most people here are eager to learn English. However I always feel it is just a courtesy to be able to address people in their own language. People here too appreciate the effort an outsider makes especially efforts to learn some Mabanese. I find this easier than Arabic. Some of the sounds are more familiar to me. For instance, the word for 'thank you' sounds like Poteen. A word I am familar with from West Cork!

My approach to dealing with my lack of knowledge of Arabic or Mabanese is an approach that is typical of the people in Maban. They lack for some many things but they improvise and make do and so often just go without.  In South Sudan more than 90% of people live on less than $1 per day. This is about enough to buy bread and tea for a family. 1 in 5 children attend school and only 1 in 100 children finish primary school. The country registers the lowest rate in the world of secondary school attendance. For girls the situation is even worse as over 90% of them are illiterate. But they are hungry for education.

That is why JRS makes a special effort to target girls and young women in our education programmes. Education of girls and women has the potential to not only alter radically the lives of these girls and women but can transform this country for the better. It was great to see that half of the students  who started our new weekend computer training course yesterday were female. 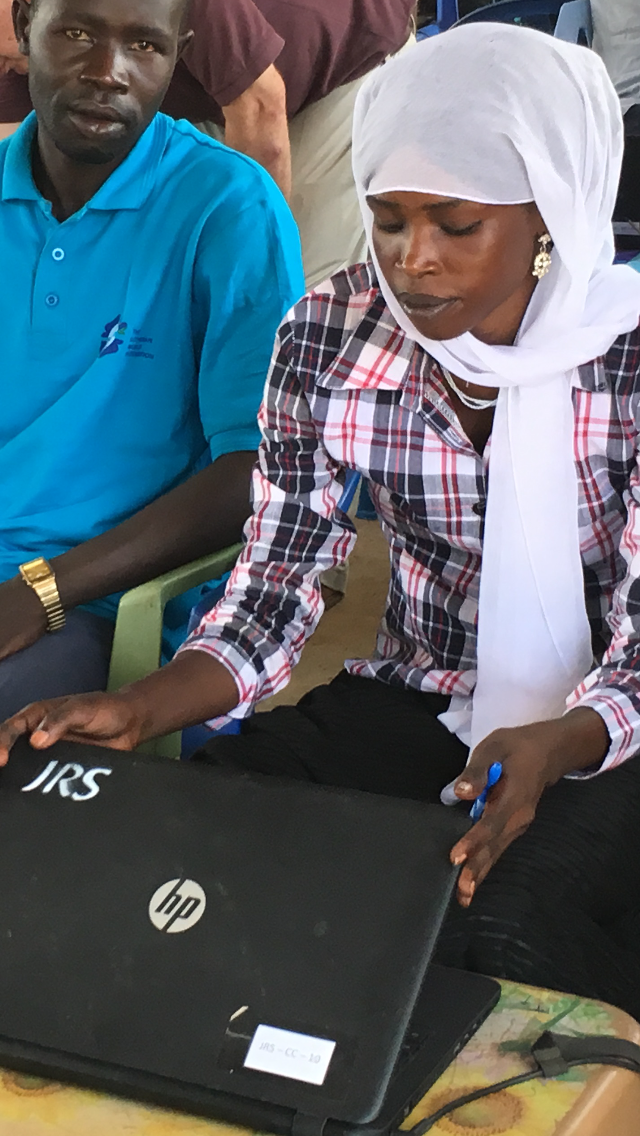 While this region is not officially in famine, I see far too many poorly nourished children.  I have not seen one obese child or adult! Most people manage to get just enough food to survive - but people here are just above the starvation line and food prices continue to rise. The risk of famine is high.

The coming rainfall will be the difference between life and death for so many people. They will be able to plant and grow food in little patches of ground - that is if those engaged in civil war don't spread violence to Maban. 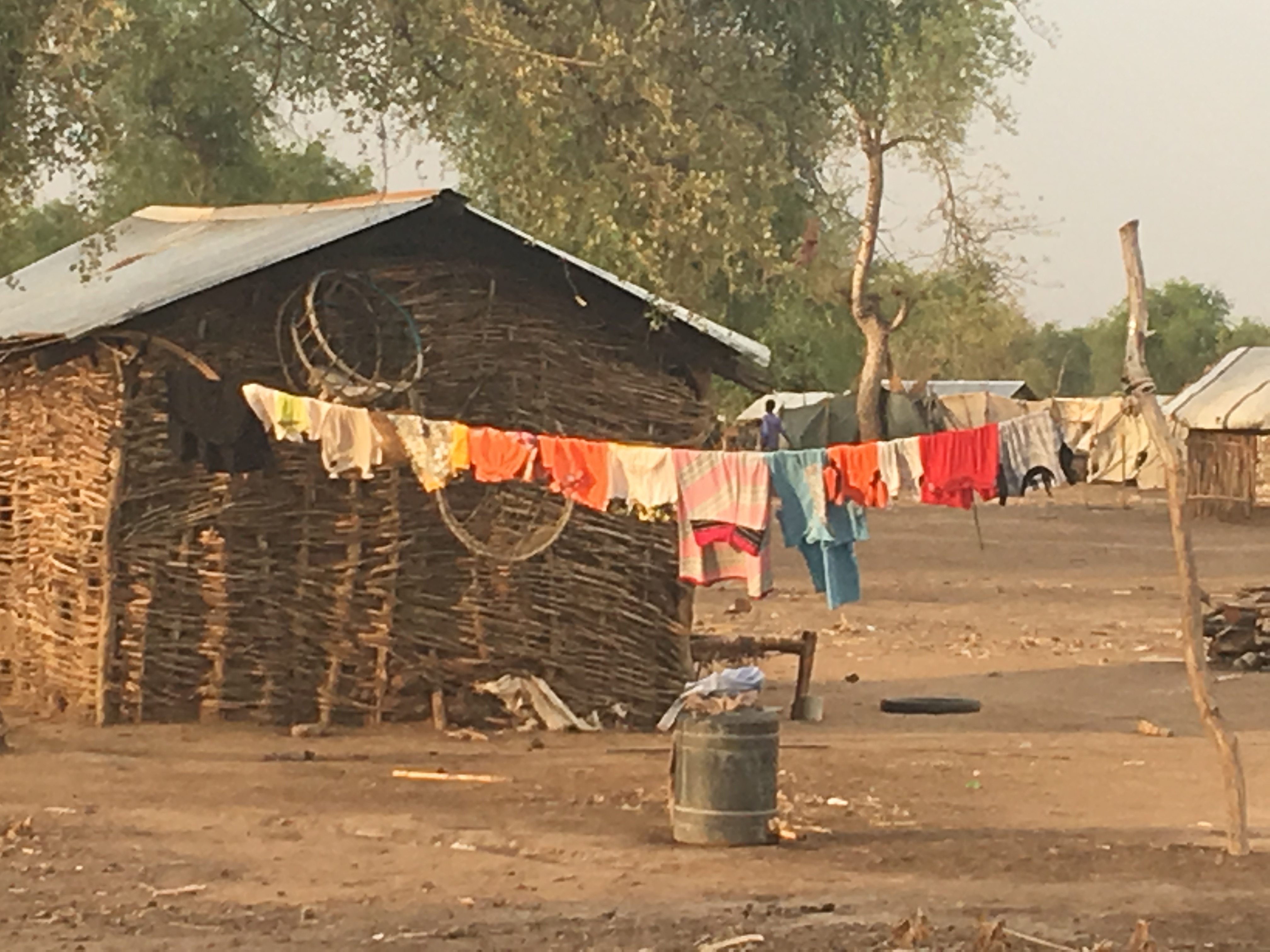 People have no choice but to survive in the face of this harsh reality. In most cases they not only deal with the struggles of daily survival such as feeding the family and washing clothes and such things. In all this they also maintain a joy for life and a sense of fun and welcome. Their strength to do this amazes me, because the level of struggle they face would exhaust and crush most of us. 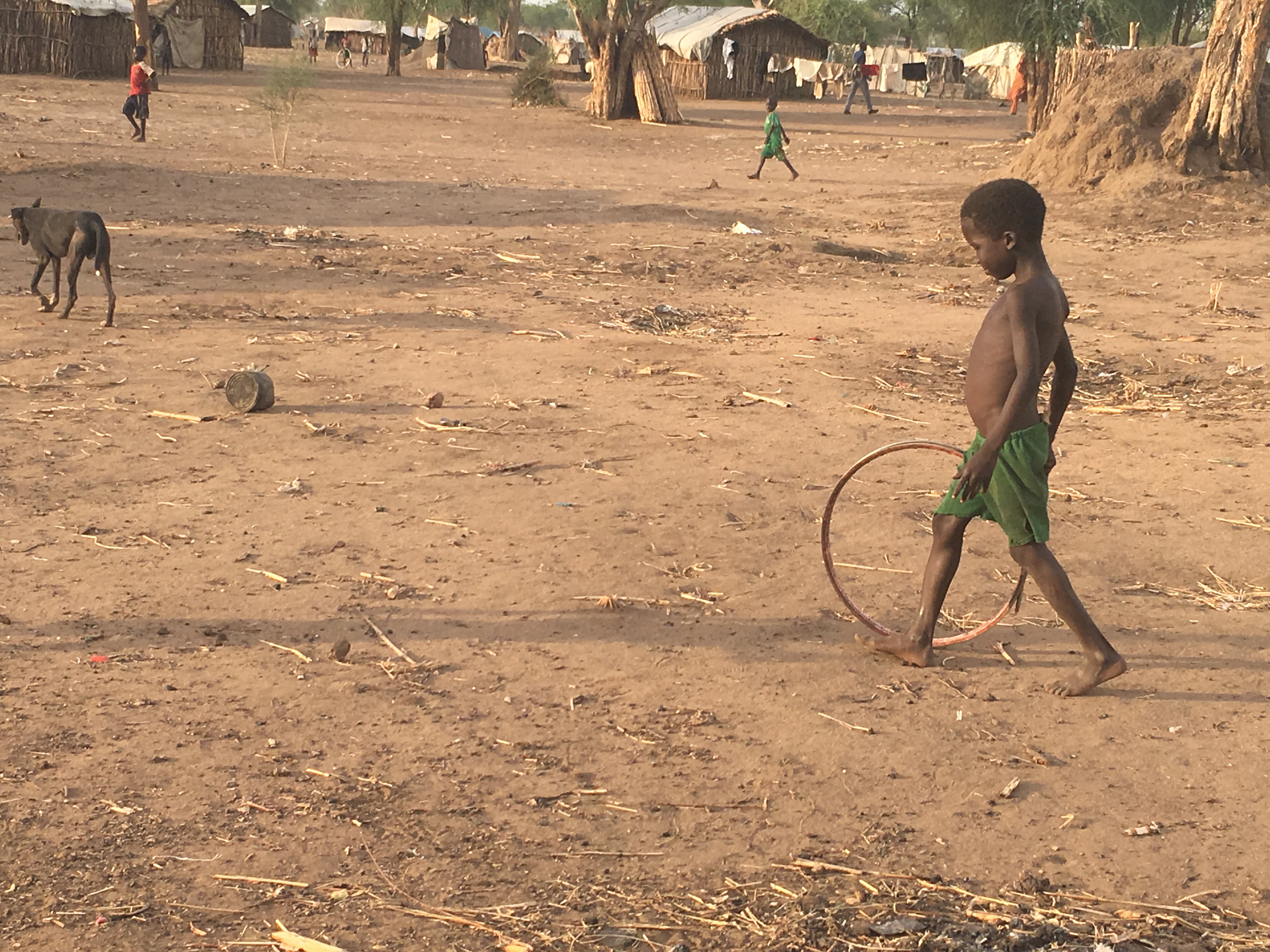 Children capture this spirit very well. In the absence of toys they improvise and create toys such as the children in the pictures here who have endless fun rolling wheel rims. Mind you boys seems to be allowed play more than girls who seem to be caught up in chores and child-minding even from a young age. 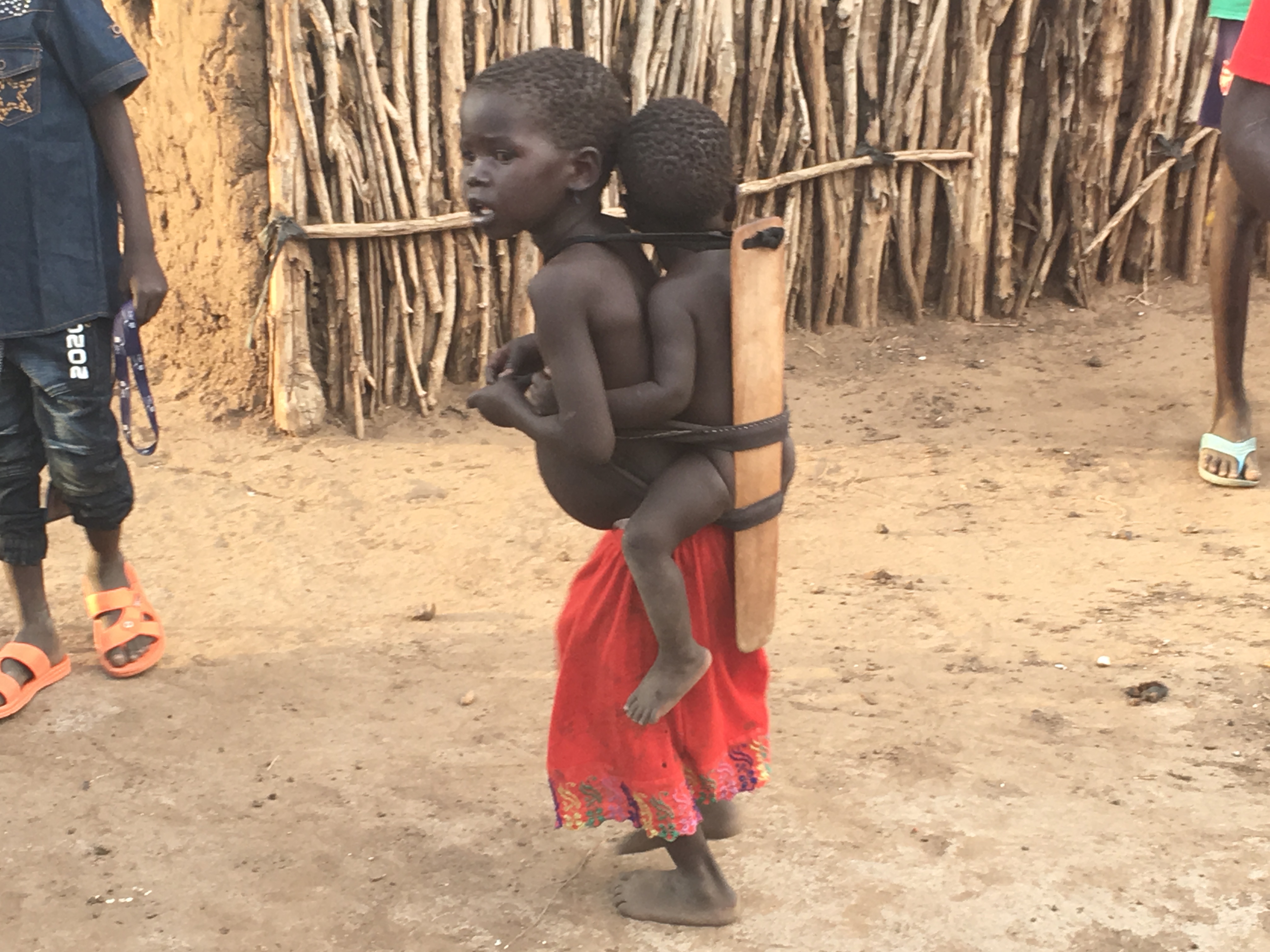 I think too of the many volunteers, men and women from the refugee community who work with us to help their communiy as home visitors or youth leaders. Even though they lack adequate food, income and shelter and worry for themsleves and their families, they still give their time and energy to helping us help their community.  Faith in God sustains the people here. They have a saying here' God is good - All the time.  - All the time -  God is good'. This is not just a faith that dulls the pain, it is also a faith that is matched by actions and choices. 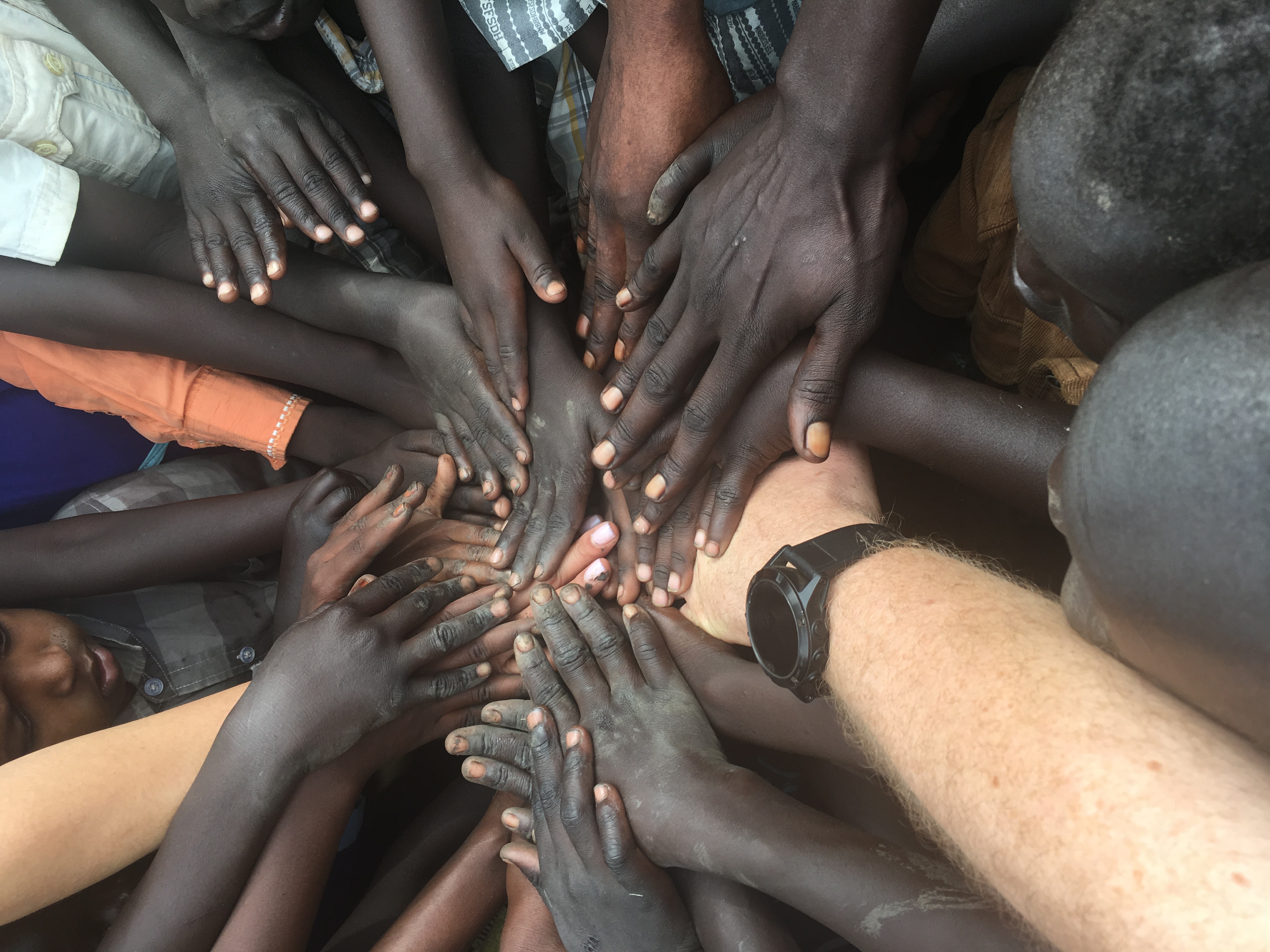 I began this article by sharing that I sometimes think it might be easier for me to learn acrobatics than to learn Arabic. But the real challenge is to find adequate language to describe the levels of poverty and injustice the people living in Maban exprience. It is an even greater challenge to describe adequately how strong of character they are in the face of such injustice.  Hopefully through this blog I can keep on trying. Hopefully you will contnue to stick with me - the world needs to know and respond to the situation here. And there is part of me that knows the world needs something of what sustains the refugees and people of Maban as the world remains largely deaf to their plight.