The Letter, the Chicken, 17 Windows and the Email - Some of my Week

We need to be paid this afternoon if possible, because

May your office hear us please only for this two reasons mentioned above.

This note was hand written by some of our refugee staff and given to me on Tuesday. On average these refugge staff get paid $100 per month and were  due to be paid this coming week. Like other refugees they rely heavily on a monthly distribution of food from the World Food Programme.

Because of some security issues the distribution of food was delayed this month leaving many people in dire need. How could we not respond to this letter?  So we were able to issue the payments that afternoon. 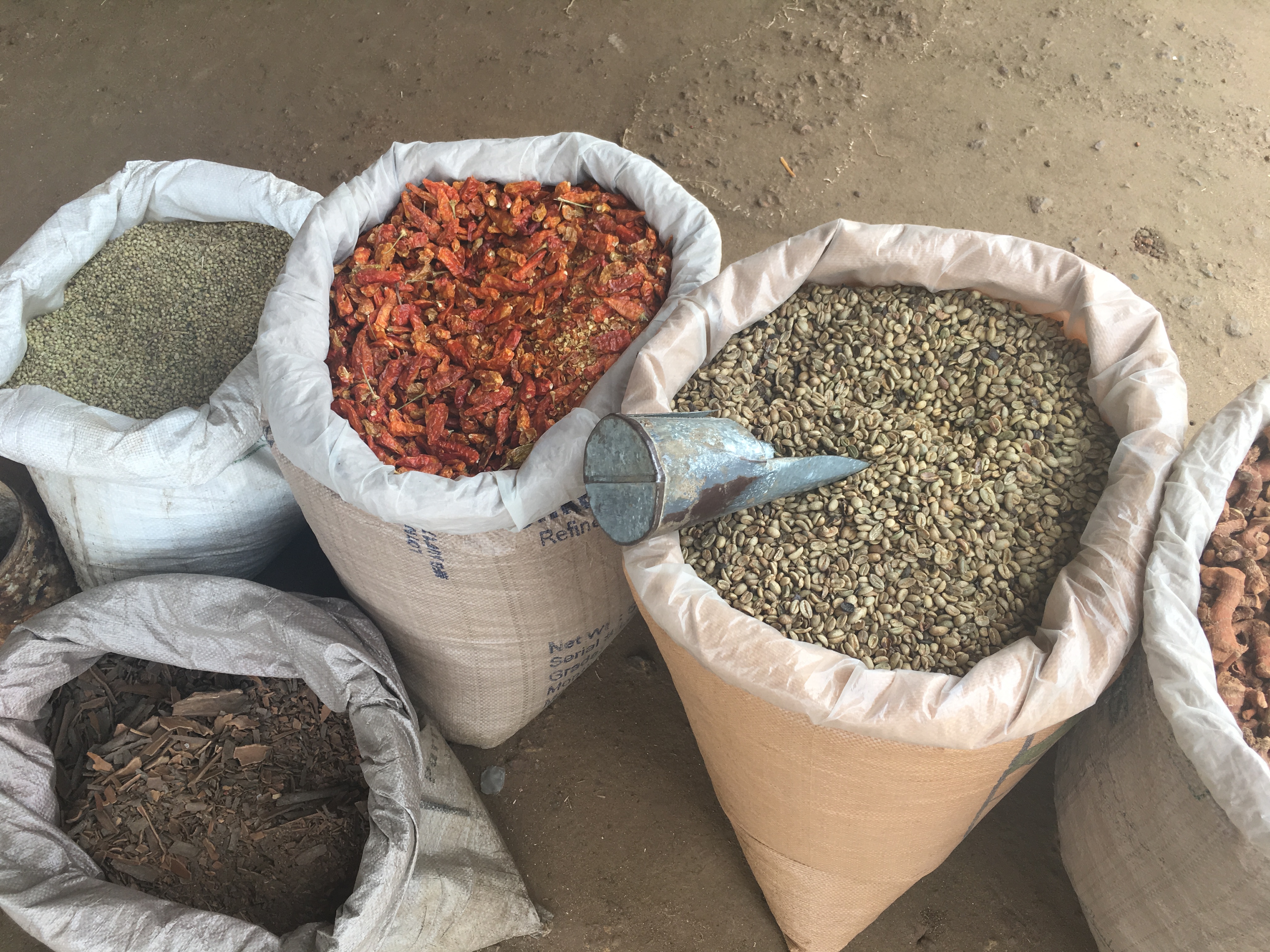 In the food parcel distributed by the World Food Programme is Sorgum ( which is a grain food)  cooking oil, beans and salt. This is the main source of food that refugees have to live on.  Some like our refugee workers can supplement this monthly family ration with the money they earn. They also share with extended family members. Some refugees manage to raise chickens and goats or pigs and now that the rain is coming they can grow some sorgum and other crops themselves. 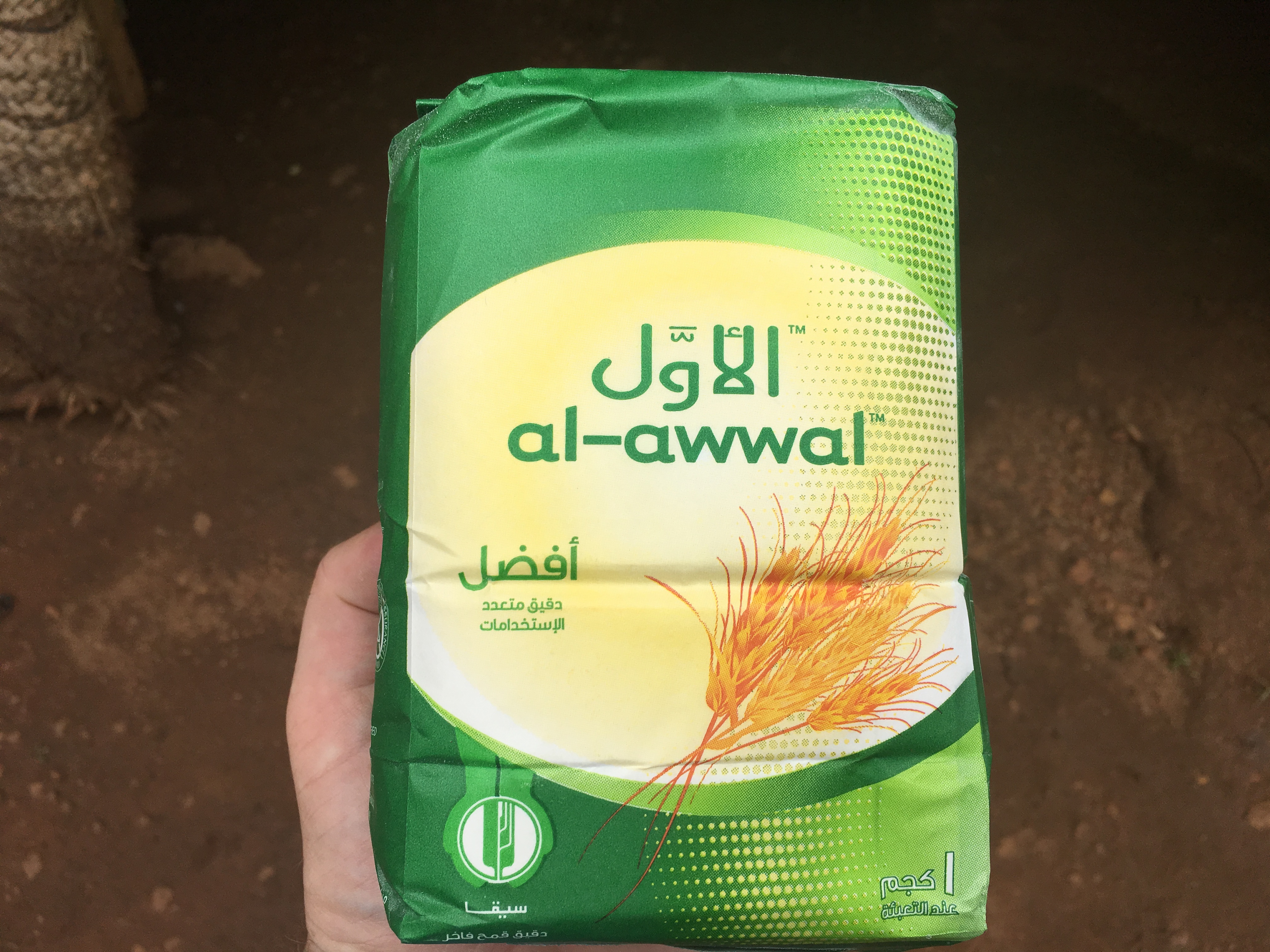 It is increasingly difficult for people to buy food even if they have a little income. Food prices have increased drastically. For example the 1 Kg of Wheat Flour pictured above costed 70 SSP ( SSP =the local currency )  last year, this morning it costs 350 SPP  ( just over $1)– a fivefold increase in the price. This is a typical price increase and it makes hunger an increasingly reality.

Amid the scarcity of food, generosity and goodness are in abundance. One of our staff - Peter, from the host community asked me yesterday to drive him, his wife and 4 children to their home village about a 20 minute drive away. As we drove towards the village I noticed it looked far more fertile and green that the areas I see most days. It was full of tall palm trees and shrubs and greenery. It was also more hilly that the flatness that characterises Maban.

We reached the village with its collection of mud and grass huts set amid a lovely cluster of large and ancient trees. Some young healthy looking calves lay in the shade of a large Moab tree.  Some chickens and pigs roamed freely.  As is typical I was greeted with large smiles and a warm welcome from Peter's family and neighbours.  As a storm was brewing I decided I would not stay long. 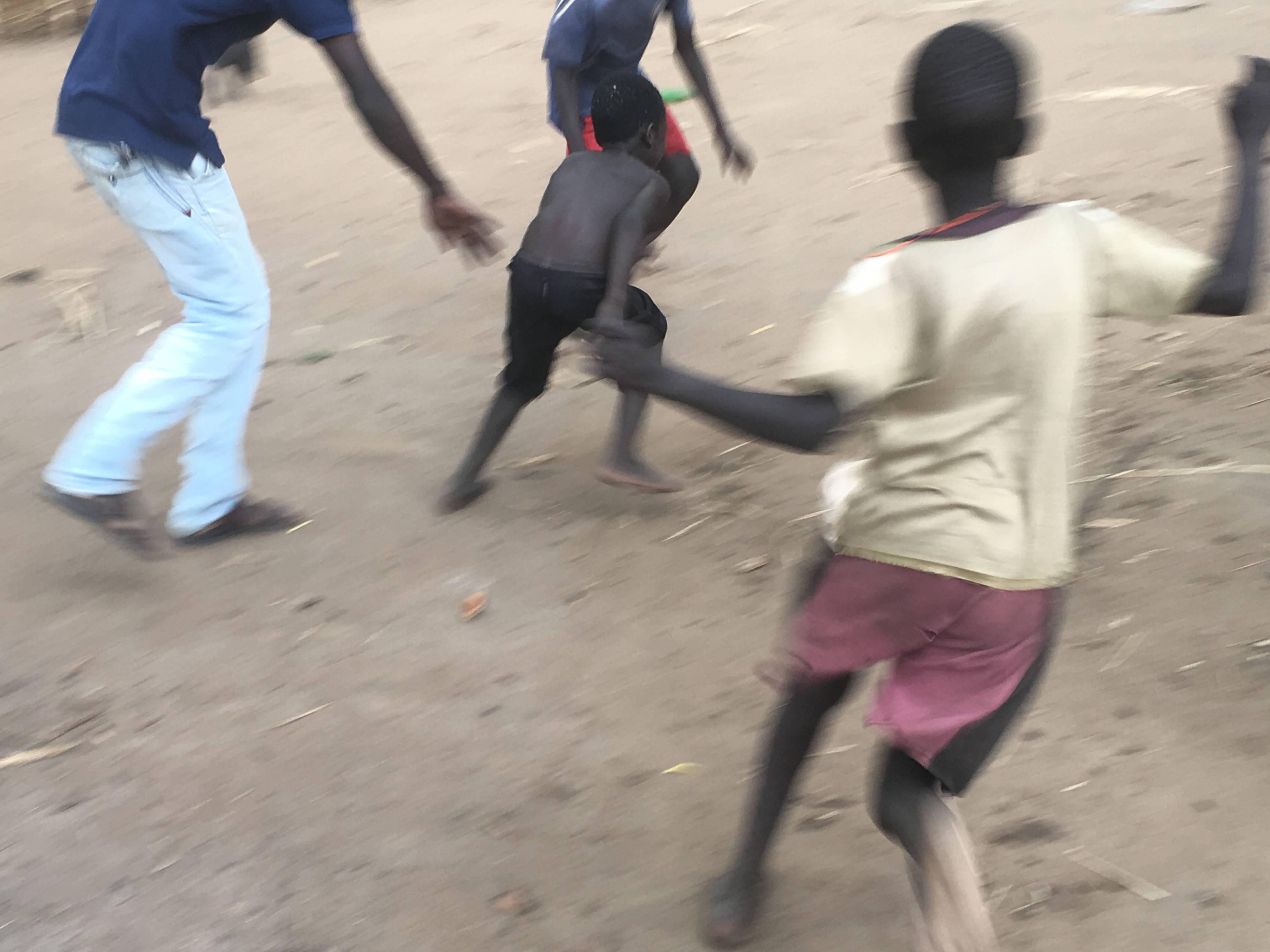 As I was about to leave it was announced by Peter’s father that I had to have a chicken. With that some children were sent chasing the poor unfortunate chicken. The poor bird seemed to sense what was about to happen. The chicken chase began! To loud squaks the chicken protested his selection and he evaded the chasing mob. I too protested. I felt embarrassed to be accepting a valuable chicken from a poor family. Yet Peter’s family were neither heeding my protest nor that of the chicken. After some minutes of chasing - the chicken was cornered, fettered and in the back of my car. 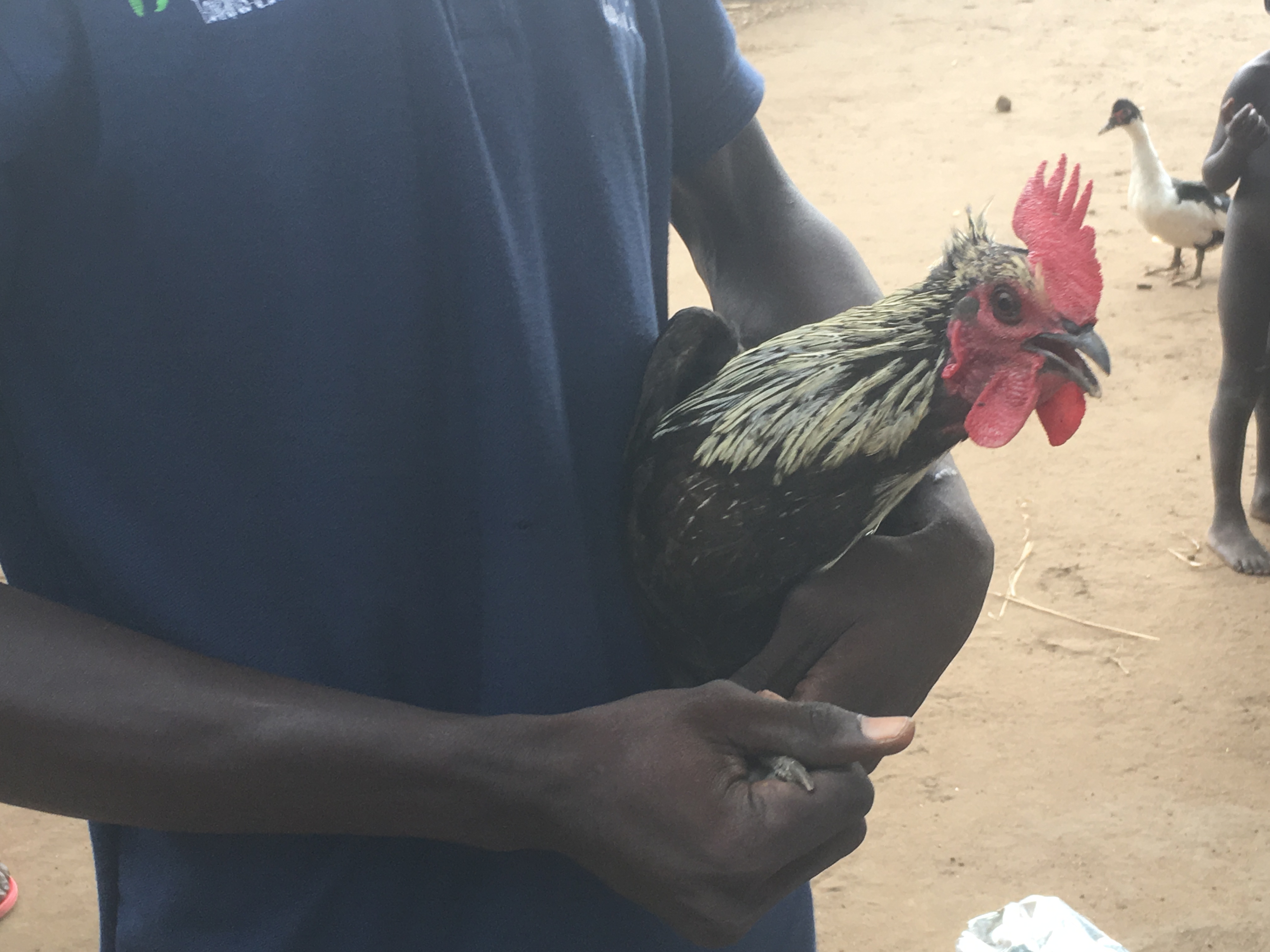 The chicken continued to protest his fate as he journeyed back to the JRS Compound. He had a restful night before our cook Alima brought the gesture of kindness from Peter and his family to its intended conclusion. Sunday lunch tasted even better knowing where the chicken had come from. 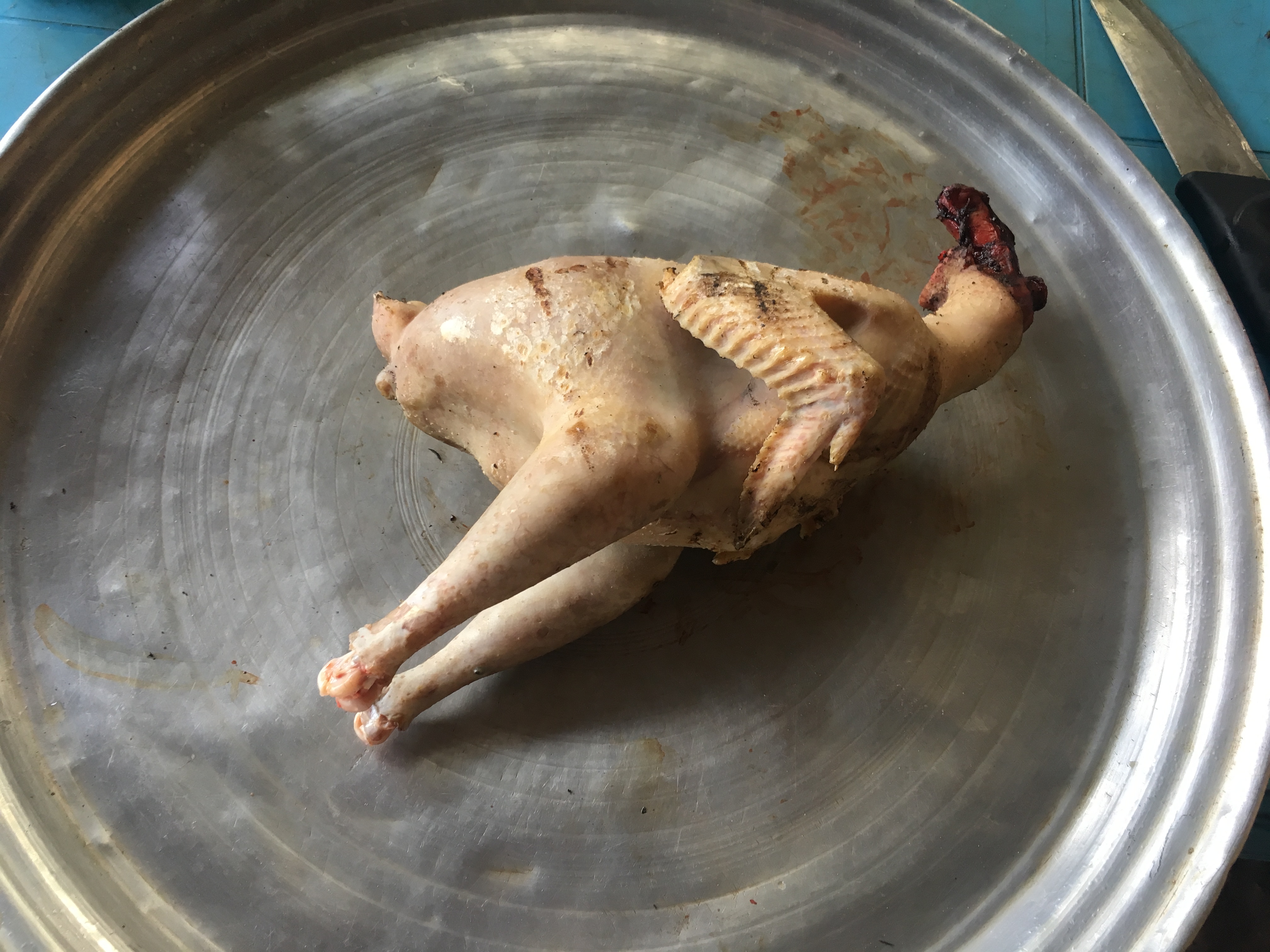 Some of you will remember me telling you before about the Arrupe Learning Centre where we are training Primary School Teachers and where we also run computer and English classes. I mentioned how the tutors live in a building that had been used by soldiers and left in a bad state. Most of the glass in the windows was broken. 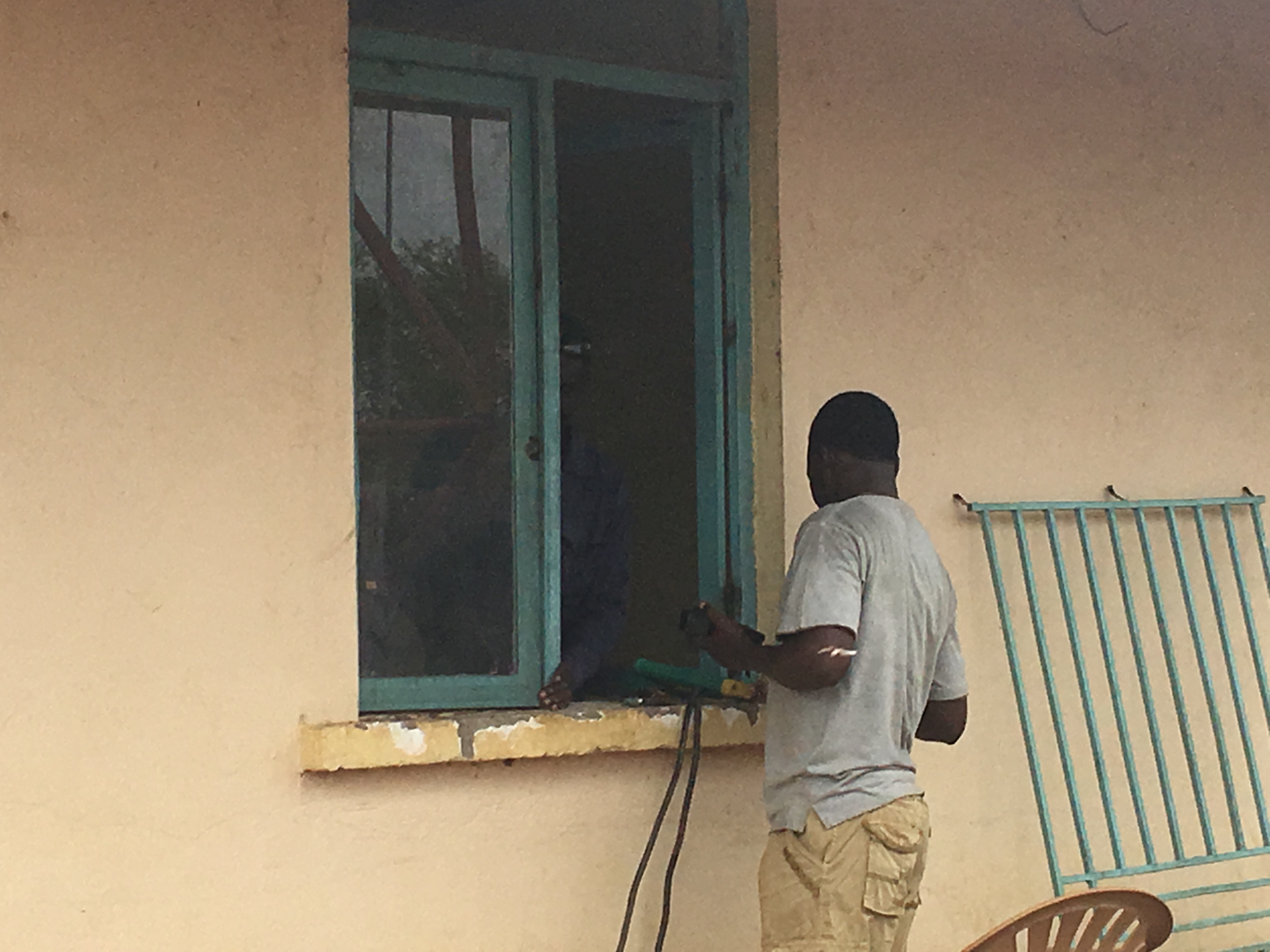 We wanted to get the windows fitted with mosquito net before the rainy season hits. Well that job is now done. All 17 windows now open inward, the security bars are on the outside of the windows and the mosquito net is in place. We also took delivery today of material to put in a suspended ceiling in the classroom areas. Hopefully this work will begin this week. So this progress is encouraging and will enable us to deliver the courses and education programmes even better. 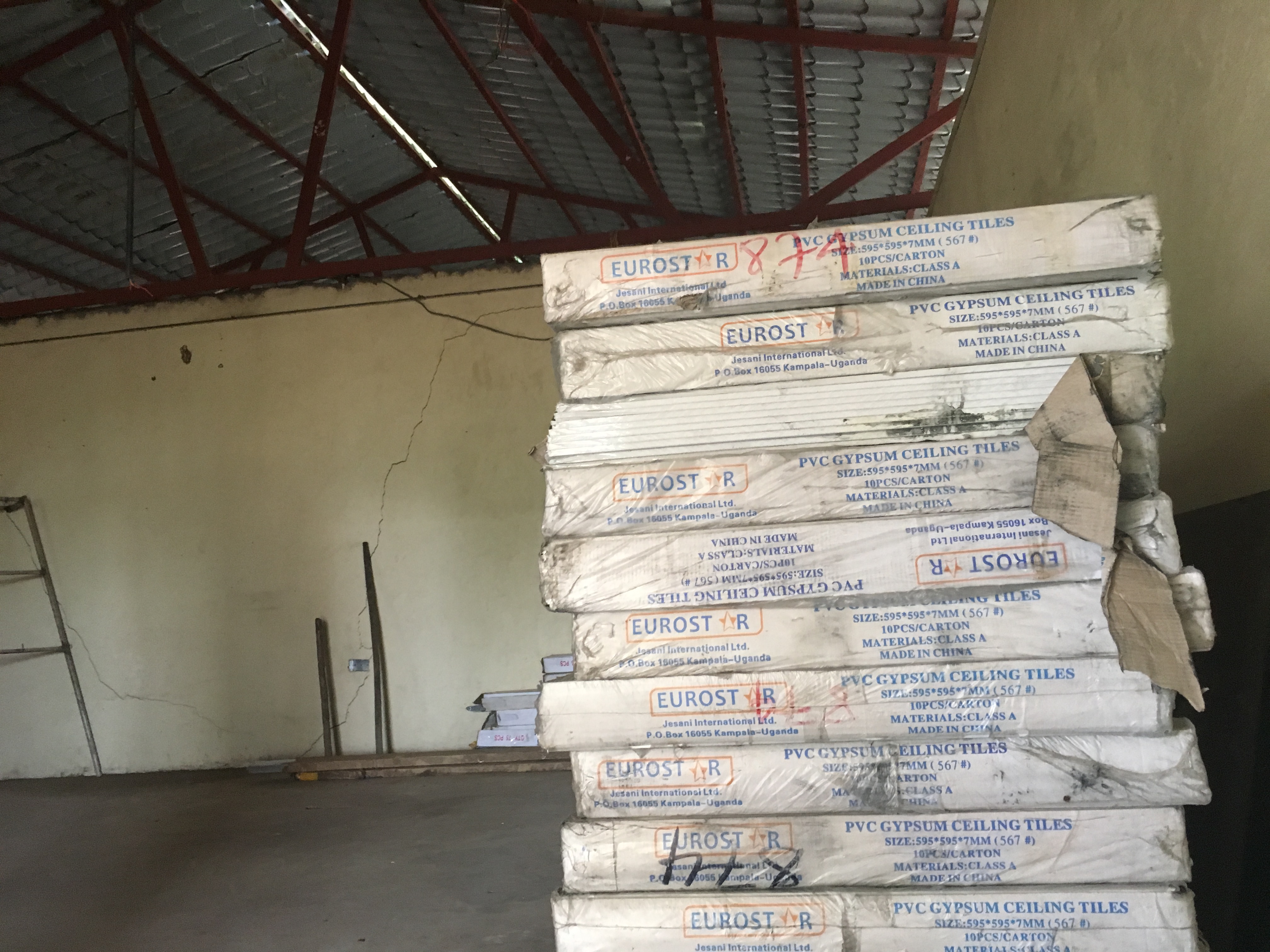 My fellow Jesut and good friend Pau Vidal was in Yambio in the south of the country during the week visiting the other Jesuit Refugee Project  in South Sudan. He sent me an email which is a stark reminder of the horror which this country continues to go through. Right now Maban experiences a relative calm and organisations like us are able to provide the much needed help to people. We are fortunate. Of Yambio Pau wrote:

Yambio is ok  but security is an issue:

4 major incidents in the last month: 1) a diocesean vehicle with 2 priests inside was sprayed with bullets, but they were not harmed. 2) the brothers running a boarding school in Rimenze were assaulted one night and badly beaten besides all things stolen. 3) several vehicles and 9 humanitarians were kidnapped and only released recently. 4) this morning again near Rimenze a Word Vison car was carjacked and one person missing.

Pray for Yambio and South Sudan

So I echo Pau's request for your prayers for Yambio, Maban and for South Sudan.